Quick action by Team Tech crew gets Paper Mill back in production fast.

When I answered a call from a professional in the paper milling industry, it was immediately apparent that the caller on the other end of the telephone had tried every solution that he could to fix their issue in house. The short version of the issue is this – The PROFIBUS network that runs the winder (a major piece of the MFG process) for a paper mill is down. As always an attempt to remotely troubleshoot the network was made. However, due to the critical nature of this network issue, we got on the next flight to the site.

What we found once we arrived at the site was a network that, while newly installed, had never been certified. Certification is a vitally important step that often gets overlooked. A 2 prong approach was immediately put into action. Visual inspection of the cable installation, and an examination of the network traffic at the frame level. It was clear quite quickly that the network had several major issues. The first is a major noise issue (see photo below). The second is the network cabling was not installed properly. 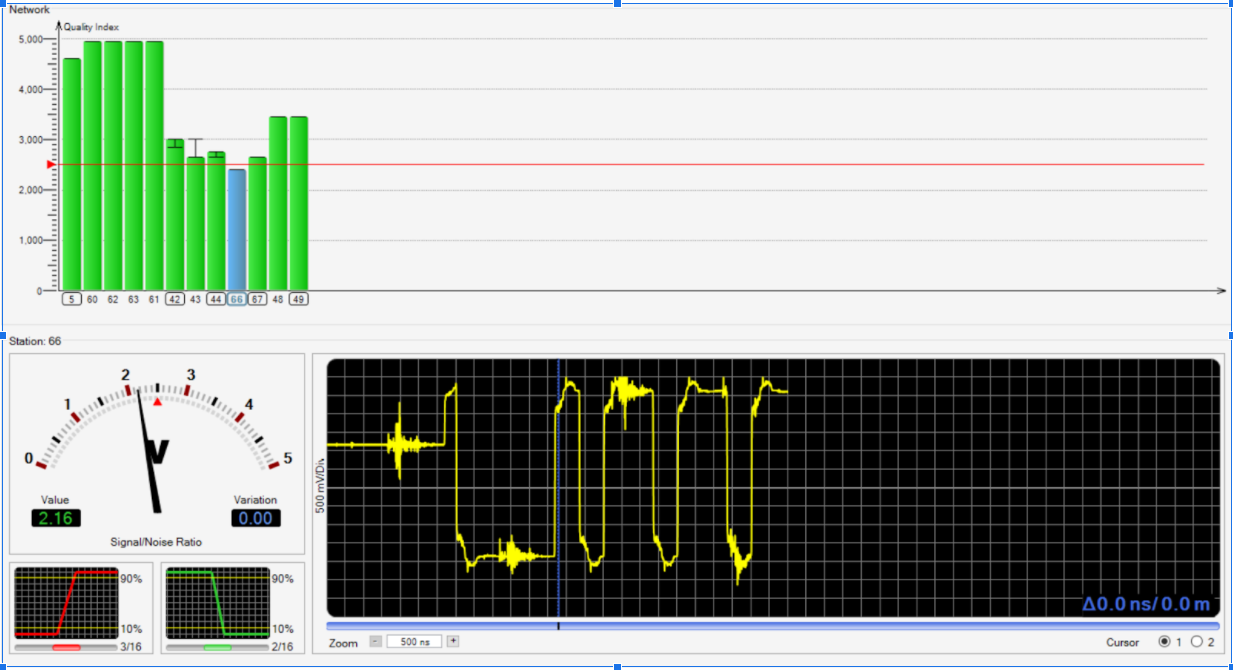 Right away corrections were made to address the installation issues. Connectors were reterminated and/or replaced. Grounding and bonding was corrected per PI (PROFINET & PROFIBUS International) recommendations.

Meanwhile, the analysis of the frames showed multiple errors. Most of the errors were related to the excessive noise that was causing the frames to be dropped by the receiving node. After several of these missed frames the WDT (WatchDogTimeout) would cause the entire machine to go down. We worked quickly to not only correct the cabling issues but also to identify the source of the noise. Using a Rogowski Coil, an Oscilloscope, and leakage current clamps, the source of the induced noise was located.

The VFD’s (Variable Frequency Drives) that were used for part of the network were actually inducing the noise shown in the above photo. Working with the on-site staff we were able to set up a test bench using a spare drive to show that even with no other devices on the network this noise was still present (see photo below). The MFG was alerted and agreed that they saw the same noise being introduced. The MFG began work on a fix for this issue. WIthin the next 2 weeks these VFD’s communication modules were replaced with a different version that did not induce noise on the network. 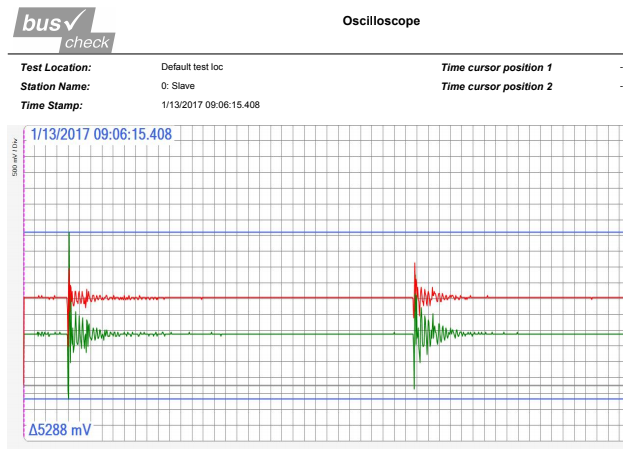 After the corrections were made to the cable, grounding, and bonding the noise was mitigated significantly. Also, the very long lengths of copper cable were replaced with OM1 multimode fiber optic cables. Fiber optic cables are naturally immune to Electromagnetic Interference (EMI) which helped to further eliminate the noise on the network. Within the first 48 hours on-site the network was not solid enough to keep the machine running and get the production of the machine back up. See photo below for the measurements after the cabling corrections were made. The image below shows the much improved network signal. Note the noise that is still present on both the before and after signal readings. 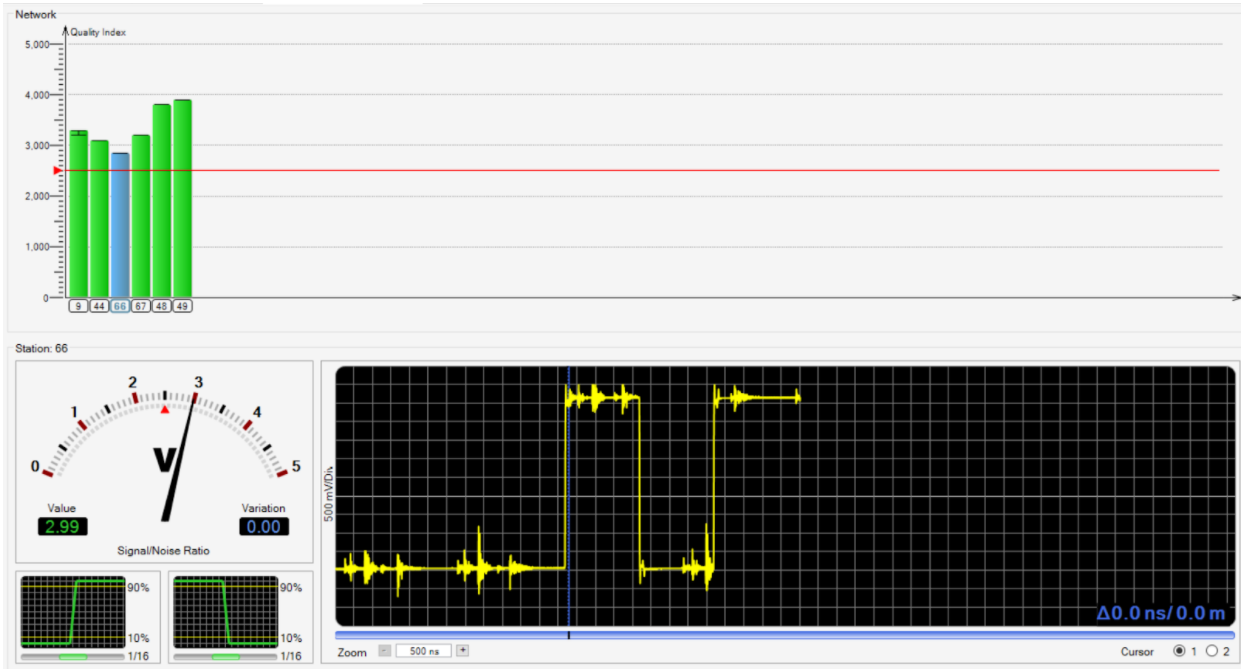 After the new modules were installed the noise on the network was virtually eliminated. The importance of following the Standards and best practices was really brought to the attention of all the staff at this facility. Networks at this facility are now fully tested and certified before being brought on-line.

Team Tech employs PROFIBUS Certified technicians to quickly and professionally troubleshoot and repair Industrial Networks. Our Certified 3rd-party testing and commissioning services ensure that your network is the most reliable and robust network possible giving you more uptime guaranteed. We are happy to offer 24/7 emergency response to your network issues. We are here to help at 812-773-8326